What a difference a fresh coat of paint makes! Can you even believe these are the same spaces?

Nothing to do but move into this spacious and bright updated 4BR, 3.5 Bath Colonial located on one of the Preserve’s best lots on a flat .67 acre with in ground pool. This impeccably maintained home on a cul-de-sac with it’s over-sized outdoor patio and sparkling pool is meant for entertaining.

Walk to Rye Golf Club and the award winning Rye Neck Middle and High School from this home in the popular Preserve.

Porto Napoli has officially opened its doors…..our advice run don’t walk! Another check in the box for Harrison, the real estate market is simmering and the new pizza restaurant is HOT!

261 Halstead Ave….doors are open and oven is fired up!

What little kid (or big kid) would not love a gluten free Nutella pizza!

One of our most recent listings…..

So soothing all around, love the hardware backsplash, countertops and window, everything pairs so well together

Notice the island and the light floors

Perfection on the lower level

What a great way to incorporate a retaining wall ! Stunning

This exquisite rental offers 3 Family  bedrooms, Master suite with master bath and walk in closets, full basement with laundry and top of the line finishes throughout!

Larchmont “Sister Homes” Prove Two Is Better Than One

In 1912, vaudevillian Frederick Proctor built a duo of Dutch-style Colonial homes for his two daughters in Larchmont Manor. Over 100 years later, they’re both being offered for sale simultaneously.

Developed as a summer colony, the Westchester coastal neighborhood, with its storied yacht club and Frederick Law Olmsted-designed Manor Park, was as fashionable then as it was today. The Proctor sisters, and their sister houses, couldn’t have been in a better location.

Both 84 (left) and 88 (right) Park Avenue have been extensively renovated and modernized. While the exteriors remain mostly matching, a century’s time and contrasting decorating sensibilities of their respective owners reveal two vastly different interior styles.

88′s kitchen boasts a center island, concrete counters and Calacatta marble backsplash, along with appliances by Bosch, Sub Zero and Wolf. But 84 is on trend in its own right (see No. 2 on this Forbes list), opting for cabinet-free windowed walls and open shelving.

Both screen porches are as relaxing as they ever were.

The best parts of living in either home will never change.

We are so excited, our to-do list just got a whole lot easier!
Starting today, AmazonFresh delivery is now available in your area.AmazonFresh offers same-day and early next day delivery of fresh groceries, everyday essentials, and more than a million Amazon items.Additional benefits of AmazonFresh include: 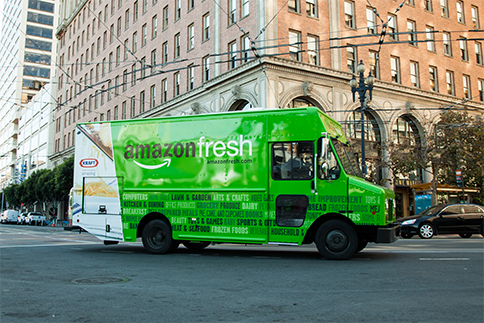 Just steps from the beach and park, this home boasts 4 Bedrooms, large flat backyard, finished basement and much more!

Located just off the Boston Post Road in Rye sits a 147-acre sanctuary known as the Marshlands Conservancy. Forest trails, a large meadow, a salt marsh and a piece of Long Island Sound shoreline can be enjoyed here. It’s hard to believe you are only minutes from town as you step out of your car and into the woods.

More than 300 species of birds have been found at The Marshlands.

Three miles of trail make for great walking or running.

The trails lead to the Salt Marshes – a beautiful view!

We’re thrilled to announce we’ve ranked No. 13 in the 2015 REAL Trends 500, bumping us five places from the No. 18 slot last year. The report, based on dollar volume of sales, ranks the country’s largest and most successful residential real estate firms and is the most trusted standard of performance measuring these leading brokerages.

Thanks to our hardworking and immensely talented agents, we saw double-digit growth, outpacing other top grossing companies with lower year-over-year gains: our company‐wide sales volume of $5.3 billion in 2014 represented a 14% jump from 4.7 billion in 2013. Our Connecticut expansion, which began with the opening of our Greenwich office, brought an additional $500 million in sales alone in 2014. That office is currently ranked No. 1 in Greenwich based on total dollar volume.

“We are extremely proud of the collective achievements of the over 1,200 agents in the Houlihan Lawrence family,” said Stephen Meyers, President and CEO of Houlihan Lawrence. “The firm’s 125 year heritage of success is grounded on providing superior client service with experienced analysis, local knowledge and continued innovation. Our hardworking and immensely talented agents have placed Houlihan Lawrence as a nationally ranked top tier brokerage.”